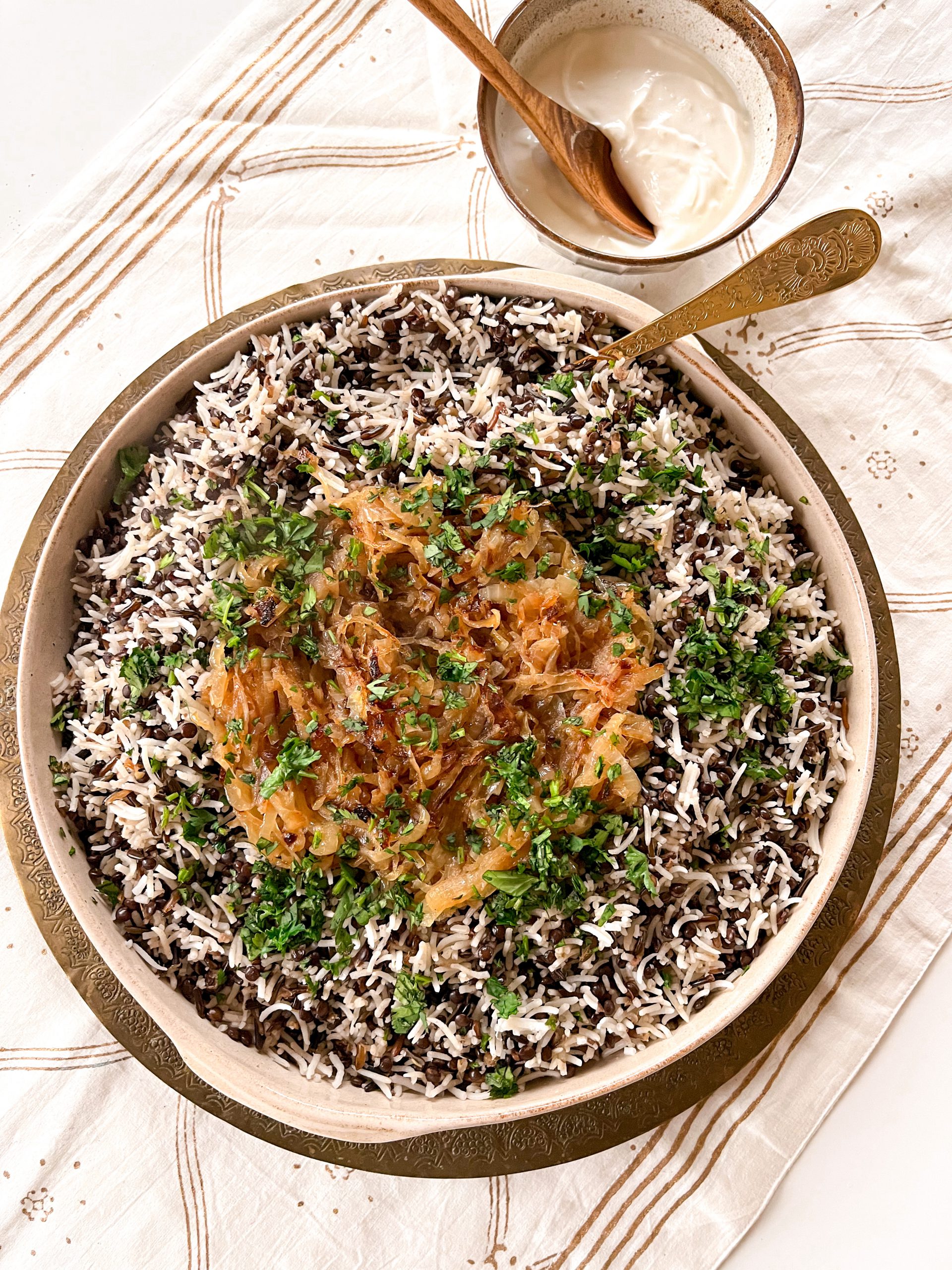 Colorado has decided that in May it is still actually winter (it snowed yesterday), and thus instead of summery salads and grilled things I’m making comfort food (that is to say: delicious carbs). Mujadarrah is a basic ‘peasant’ dish of rice and lentils, and is traditionally topped with caramelised or fried onions. During university, this was my go-to food (I jokingly refer to it as the ramen of the Middle East), as it’s incredibly simple and inexpensive but filling.

In this dish I’ve used black ‘caviar’ lentils, but I also love French green lentils. You don’t want to use softer red or yellow lentils, as they’ll turn to mush. This recipe makes a lot of food – easily enough for six to eight adult-size servings. I like to pair with Greek yogurt mixed with toum (or even fresh garlic or even garlic powder in a pinch) and salt, and a handful of parsley or fresh coriander to add some colour. While it’s not the most beautiful dish, it’s hearty and comforting. Without the yogurt (or substituting a vegan Greek yogurt) this dish is both parve and vegan. If you absolutely must have meat, it can easily be paired with leftover hashweh (ground meat) from other recipes.

I’ve taken to substituting a third of the lentils with wild rice (which I cook separately in a pan of vegetable broth as it takes quite a long time to cook – around 40-50 minutes), which is certainly not traditional but helps add essential amino acids which are beneficial to health, as well as a nice texture to the finished dish. 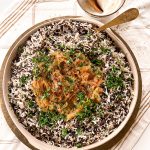 For the Caramelised Onion:

For the Caramelised Onion:

While short grain rice is traditional, I prefer the texture of long grain rice in this dish.

* This recipe was updated with new photos and some additional information in March 2022.