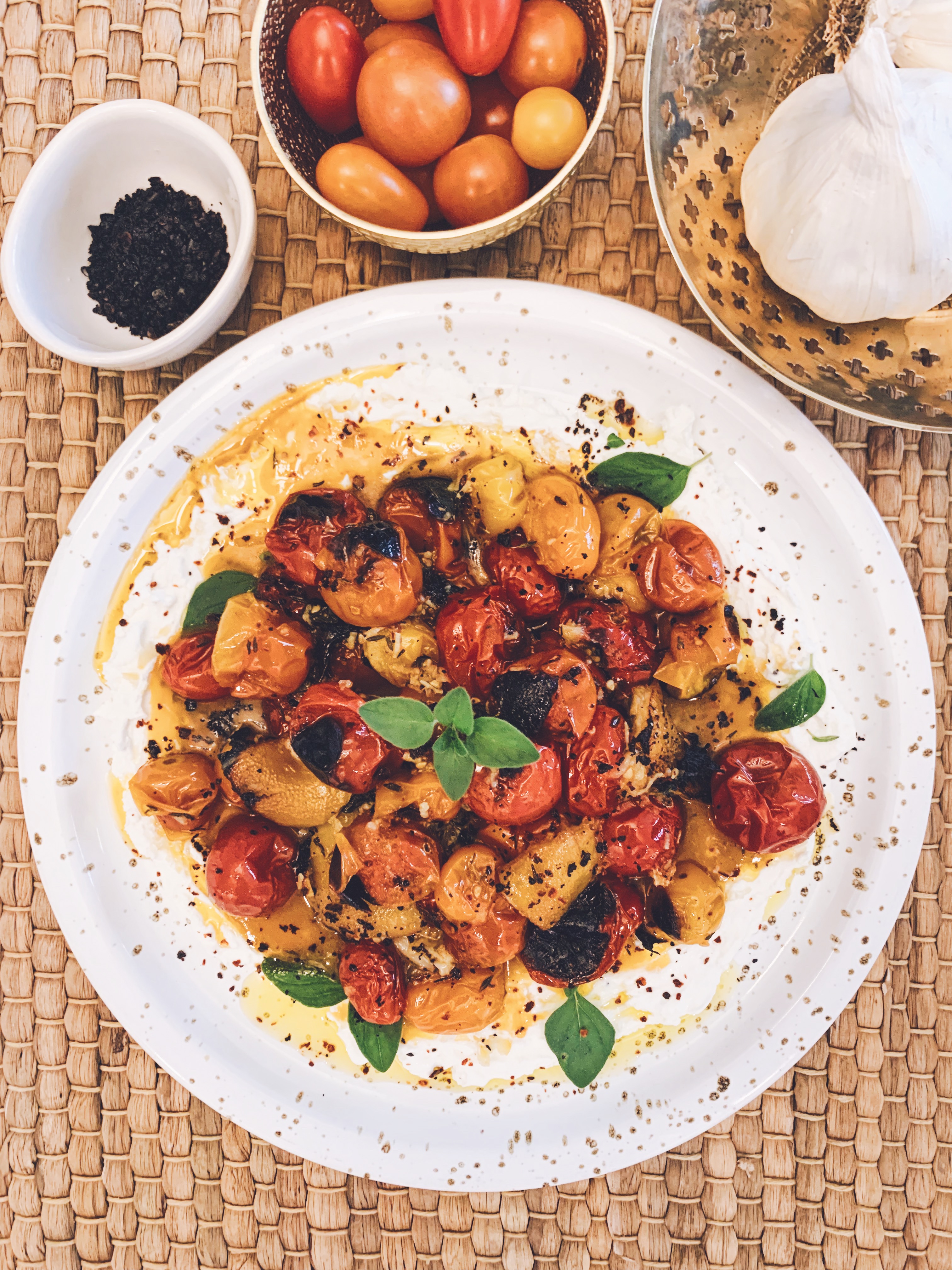 I use a lot of cherry tomatoes in salads, and I’m a pretty big fan of the multicoloured ones that come in a range of yellows, oranges, and reds. I typically buy the large box from Costco, and I’m nearly always left with a handful or two of cherry tomatoes that are starting to look a little past their prime – their skin beginning to pucker and wrinkle. What to do with them, then? I hardly want to adorn a fattoush salad with them, and so cooking them seems the sensible thing to do.

This recipe is an adaptation of Yotam Ottolenghi’s ‘charred cherry tomatoes with cold yogurt’ from his cookbook, Simple. I’ve made a few changes, including using a thicker labneh (yogurt cheese) which compliments the acidity of the tomatoes beautifully, and can more easily be scooped on to fresh, warmed pita bread.

Labneh (recipe here) is something we typically keep in our refrigerator at all times, as it’s like a healthier version of cream cheese made of strained yogurt – we use it for lots of things, but if you don’t happen to have any you can of course use Greek yogurt like in the original recipe, or even cream cheese would likely work if it’s all you have on hand. While the dish sounds pretty simple, the combination of the hot tomatoes and the cold, lemony labneh is pretty amazing and complex in flavour. I use preserved lemon for extra interest, but if you don’t have a jar, you can use a regular lemon as well. 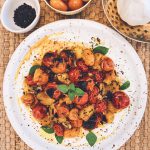