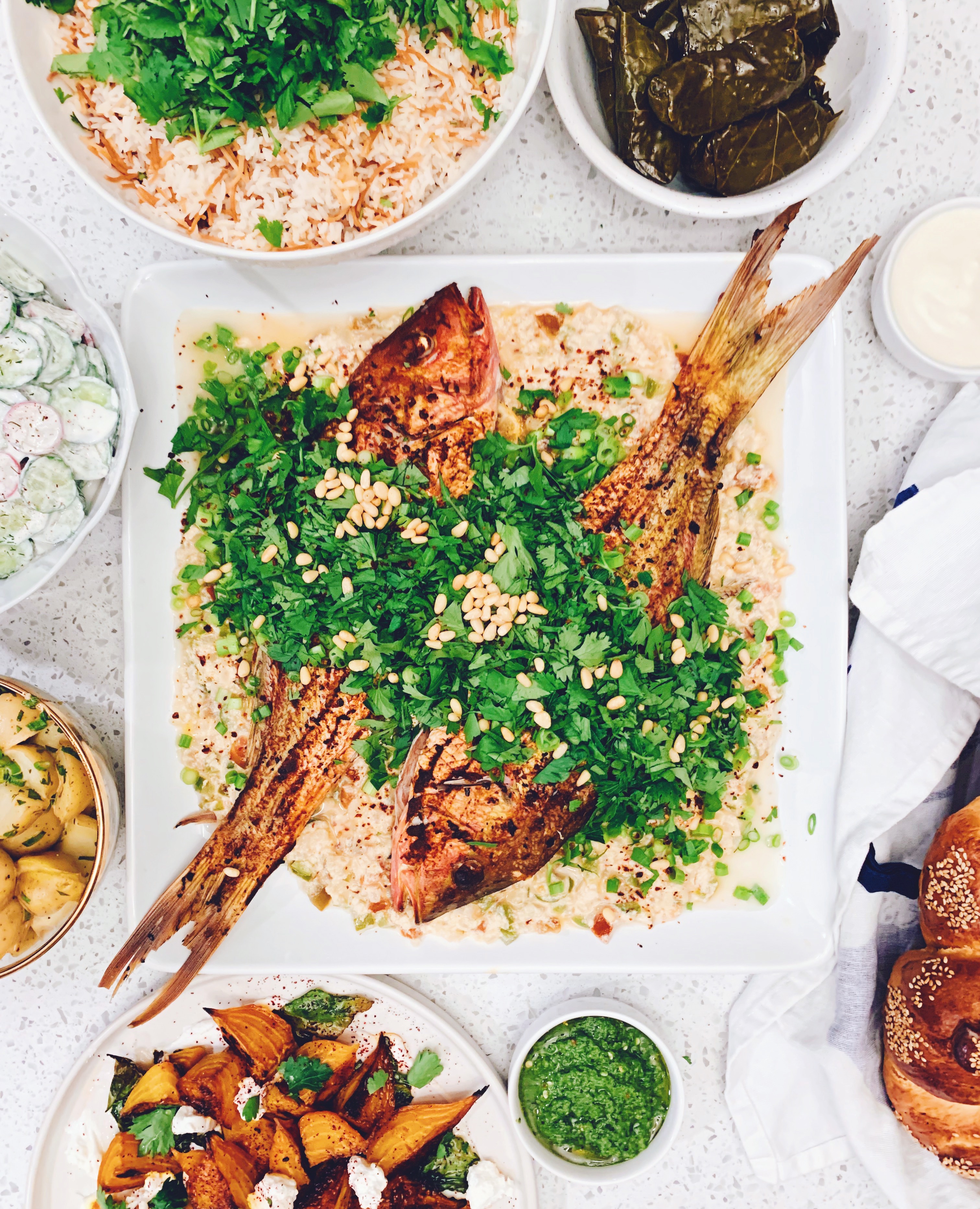 Being that we live in landlocked Colorado, we don’t eat much seafood – which is a shame, since I grew up near the sea and ate it frequently. It is expensive and quite difficult to obtain good quality fish here – especially on a budget. Since it was Shavuot, and we were having a rare dairy meal for dinner, I figured it would be a good time to splurge on some fresh yellowtail snapper that I saw at my local fish market.

There are several incarnations of samke harra from Lebanon – some with or without sauce, and with different ingredients – but this style from Tripoli (on Lebanon’s northern coast) is undoubtedly the most popular. My version of samke harra reflects more of a Lebanese and North African fusion, since I had harissa paste and urfa biber chili on hand – but you can adjust to your tastes or whatever spicy peppers you prefer. Despite its presentation, it is actually a very simple dish to make – and if you don’t fancy whole fish or aren’t feeding a crowd, you can simply cook filets and then top with the delicious sauce instead. I would recommend a delicate flavoured white fish for this, as you don’t want the flavour to compete with the sauce. 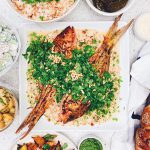 For the Spicy Tarator Sauce:

NB. I have doubled the recipe in my photo, as I was feeding a group.
Tags: fish, lebanese, middle eastern, red snapper, samke harra, seafood, snapper, spicy, tahini