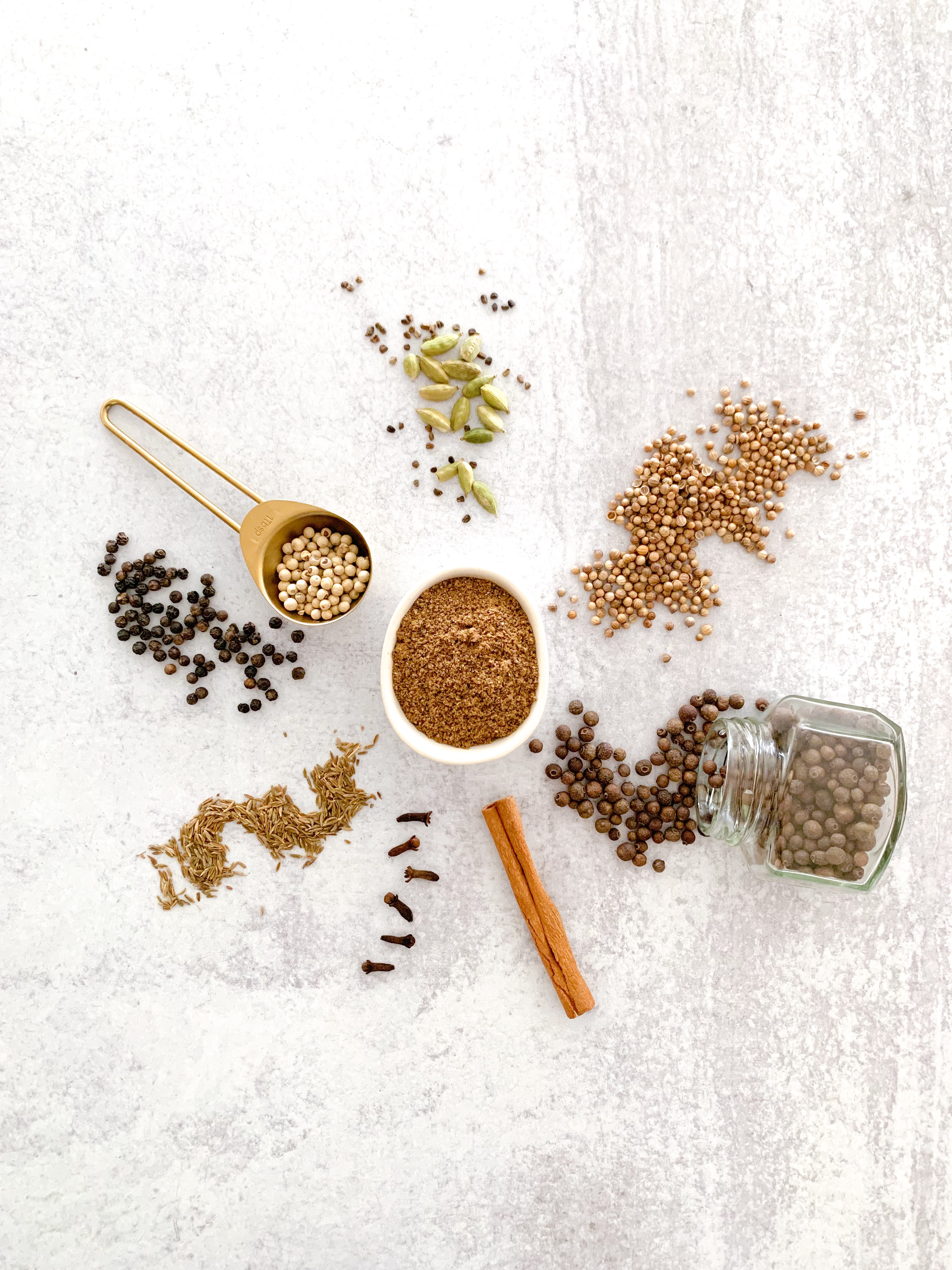 Baharat (بَهَارَات) literally meaning ‘spices’ in Arabic, is a common ingredient in many Lebanese and Levantine dishes. Like most Middle Eastern spice blends, every region or family has their preference as to what they like to add; baharat can sometimes contain nutmeg in place of allspice, or even the addition of paprika. Feel free to play around with the ingredients if you find you like the addition of something other than what’s listed here. Pepper, cumin, and coriander are the mainstays of this particular spice blend.

I use an electric spice grinder because I grind a lot of spices for our meals. If you don’t have one, a clean coffee grinder works, or you can do it the old school way in a mortar and pestle. Failing that, I have included the ratios for ground spices as well. I personally prefer buying spices whole rather than ground as they keep longer, and the flavour is often noticeably better / more nuanced than ground spices. Ultimately it’s up to you in terms of how much effort you want to put in, or how often you’ll use your spice blends. If you’re going to buy pre-ground spices, I highly recommend The Spice House for their high quality (and free shipping if you order their environmentally-friendly flat packs!)

This recipe makes about 6-8 tablespoons of baharat (or about a half filled 3 ounce spice jar), which should last you a while unless you’re cooking for a large family regularly.